The Pantry of Broward serves seniors in need living on low, fixed incomes and grandparents raising their grandchildren throughout Broward County

Vote for your favorite Dancing Team

Click here to learn about the teams
Voting has ended for the dancing teams.

SKU: 056 Category: Dancing with the Stars 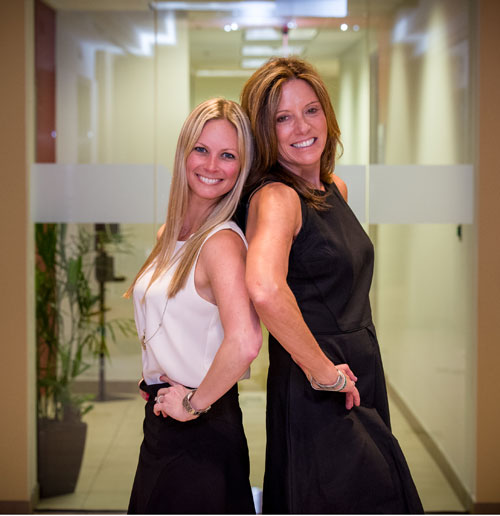 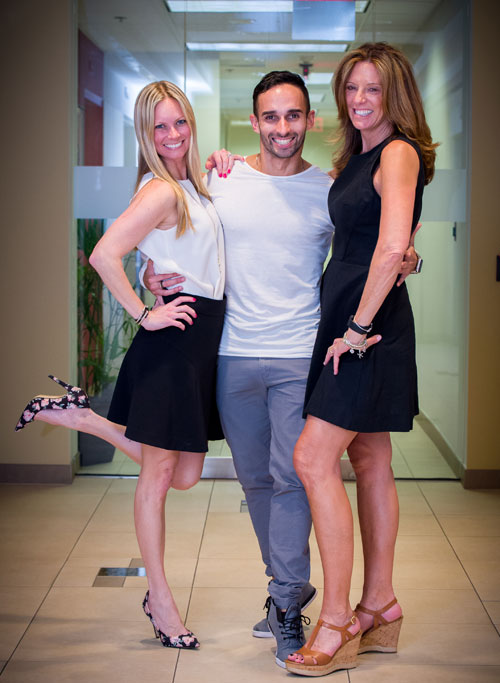 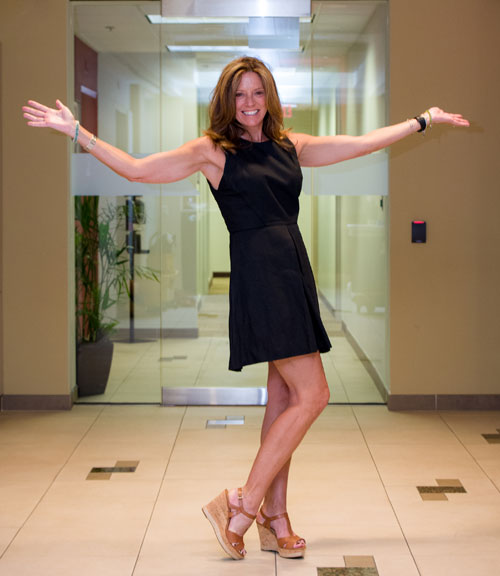 Born and raised in Long Island, New York, Susan Drinon is one of six children. Growing up, she pitched and played first base for the softball team and ran the high hurdles and cross country for the track team. Susan began her career path working for Bair Importers, a wine importing Company, where she worked her way up to National Sales coordinator. This is where she met her husband, Bob. After a brief courtship, Susan left her job and home in New York and moved to Florida to be with Bob and start a family. In Florida she worked with a, then, start-up company, called the Scotch Malt Whiskey Society, helping to launch it from the ground up.

Susan and Bob are parents to three beautiful children; son, Connor and twins, Max and Bailey. Susan has played an extremely active role in her community sitting on the Parents Board and co-chairing their major fund raiser, the Annual Dinner Auction. Along with her husband Bob, Susan has also co-chaired the Broward Red Cross fundraiser as well as the Jeb Bush, 65 Roses Gala, benefitting the Cystic Fibrosis Foundation.

Susan loves to stay active by going to the gym and practicing yoga. She has run innumerous 5 Ks and 10 Ks, along with the Ragnar relay, a 200 plus mile relay from San Francisco to Napa Valley. Susan and Bob, along with their amazing Ragnar team, helped raiseover $250,000 for the fight against cancer, which has deeply affected her family in the past fewyears.

About to celebrate her upcoming 50th birthday in Italy this September, Susan is ready to jumpstart the festivities by challenging herself to a fun competition with Dancing with the Stars. She is confident and ready to help support a fantastic charity! 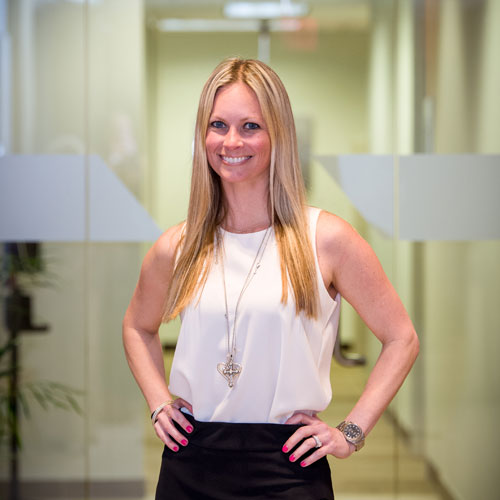 Originally from Charlotte, North Carolina, Katie Karl grew up in sunny South Florida most of her life. She is a University of Florida Alum with Bachelor degrees in both Marketing and Psychology. She also has her Masters of Business Administration from Nova Southeastern University. Katie has spent her professional career of the past 11 years with Breakthru Beverage Company, formerly Premier Beverage. She has worked in both the wine and spirits divisions and currently is Area Manager for the Broward and Palm Beach teams. Recently she has acquired her Real Estate license and has started tapping into the Skincare industry as a member of Rodan and Fields.

Her husband Tom and she married last October. They currently reside in Davie and look to expand their family possibly later this year. Right now, they have one beautiful daughter, their lovable Golden Retriever Riley, who they adore.

Katie likes to stay active and busy! As a board member for the Pantry of Broward and an Angel for Victory Living, she tries to give back where she can. Although dancing was a part of her past, her passion now his staying fit through Orange Theory and Ballet Barre. She is excited to be back and ready to dance the night away with her partner Susan Drinon![/rescue_tab] 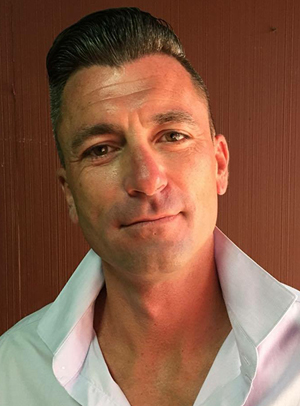 Mike Fleet, originally from York, Pennsylvania, currently resides in Ft. Lauderdale, Florida. He started his career in the roofing industry at just 15 years old, where he worked during his summer school breaks. Eight years later, he opened his own company, MP Fleet Construction. His current company, Best Roofing, brought him to Florida and there he focuses on commercial roofing sales. Mike has enjoyed his 21 years to date in the roofing business! Outside of the roofing industry, Mile also has invested in several long term real estate ventures.

He is the proud father of his 16 year old son who loves football and track and field. On his free time, Mike enjoys spending time at the beach, traveling and seeking new adventures. He thoroughly enjoys his daily workouts and has competed in several obstacle races including, Tough Mudder, Spartan Race and the SC Night Race. He also is an avid snorkeler, biker, and snowboarder.

Mike has a strong love for animals and has two dogs; his boxer, Leo and his Boston Terrier, Gustavo. His love for gardening his is weekend hobby. Mike also enjoys dancing too, which led him to partake in this event. He is excited to showcase his moves and ready to help raise awareness and money for this great charity. 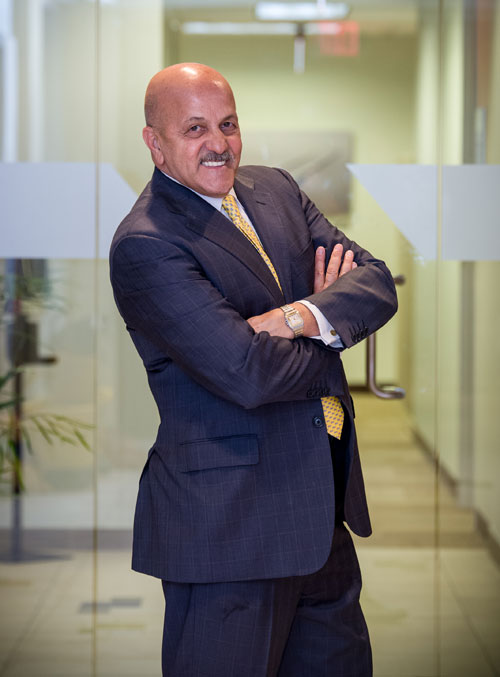 Henry Pisano is the corporate Vice President of player development at Seminole Gaming. He is a tour-de-force of personality and panache at the world renowned entertainment destination. An employee mentor, inspiration and legend in the gaming industry, everyone knows Henry and he makes it his job to know everyone-from the casino floor employees to visiting celebrities and rock royalty.

Since 1979, Henry has focused on elevating the art of the game and refining the total resort experience. He joined the Seminole Hard Rock Hollywood from Newark, New Jersey where he learned the ropes by opening-up his own pool hall. It wasn’t long before Henry was opening Bally’s Park Place as craps dealer and then Steve Wynn’s famous Golden Nugget, which he describes as the “Harvard School of Gaming.”

Henry is excited to be a part of this fantastic event again this year, and looks forward putting on his dancing shoes! 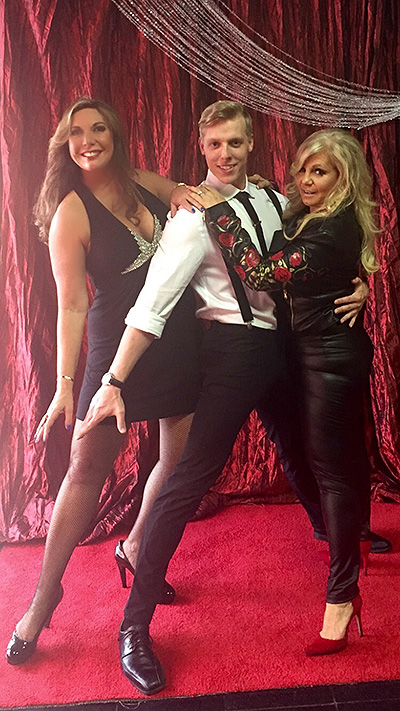 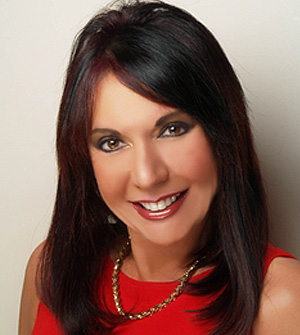 Sondra is a proud member of SUPREME LENDING! Supreme Lending is the leader in loan programs and products with a CLOSE-ON-TIME, FUND-ON-TIME Philosophy!

Prior to joining Supreme Lending, she began her career as a loan officer in August of 1988 with American Savings and Loan and funded $9 million per year. In 1991, she joined Wells Fargo Home Mortgage as a producing Branch Manager and enjoyed a 17 year career $25 TO $30  million per year in personal loan originations and managing upwards of 15 loan officers!   Sondra has been a member of Supreme Lending Presidents Club past 3 years and is in the top 20 Nationwide.     Sondra is on the advisory board for the Winterfest Boat Parade PAST 5 YEARS  and has served on the board of directors for 10 years.  She is a board member of the Corinthian Condominium Association, which has 155 owners and also where she resides.

Sondra is not totally new to dancing and loves to perform when her schedule allows. She is extremely excited about this opportunity and can’t wait to illustrate her skills for a fantastic cause! 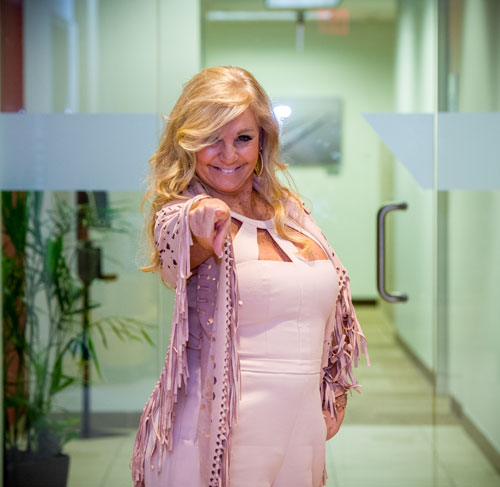 Susan Renneisen is Vice President of Community Affairs & Special Events at the Seminole Hard Rock Hotel & Casino in Hollywood, Florida.  She pre-opened the South Florida entertainment destination as an executive committee member and continued her rise within the company. Renneisen and her team are responsible for the Seminole Hard Rock Hotel & Casino’s reputation for hosting and producing extravagant events that are both remarkable and memorable. Her position additionally includes responsibility for all community and charity related event sponsorships.

As a representative of the Seminole Hard Rock, Renneisen holds board positions on The Russell Foundation, Habitat for Humanity, The Seminole Hard Rock Winterfest Boat Parade, The Art and Culture Center of Hollywood The Ann Storck Center and advisory board of Broward Health. She is a recognized community leader and activist, spending much of her personal time working with charitable organizations.

Susan resides in Davie with her husband Tony Mason and their (kids) standard poodles, Jesse James and Bryson. She is beyond excited to participate again with her teammate, Sondra, in Dancing with the Stars 2016.[/rescue_tab]

© Copyright 2019 The Pantry of Broward